To the Love Lounge,

My name’s Alex, I’m 26 and a wheelchair user.  I’m really lucky – whenever I go out loads of girls come up and chat to me and they’re really interested in me.  I know that I’m reasonably good looking, but I can’t help thinking that any move that is made on me is a bit of a joke or a dare?  It’s always in the back of my mind when someone pretty is chatting to me, and it needs to stop. Please help!

What an interesting post, thanks so much for sharing this with us.  The answer to this is simple, but I don’t know whether it will give you the solution you’re looking for.  Basically, society has made us feel that, as disabled people, we are less attractive and our bodies are ‘broken’ – nowehere near sexy or desirable!  It’s a really tough cycle to rebel against, but these girls that are coming up to you obviously think you’re sexy AND desirable!!  The trick is to focus on your assets rather than your wheelchair.  You’ve said it yourself – you’re good looking, I’m sure you can make great conversation and crack a joke or two.  This is so much more important to many people than whether you’re standing or sitting. And even then, if you do get the odd joke or dare approach, who’s attitude needs to change? It certainly isn’t yours 🙂

Best of luck in your journey to love,
Em x

“Will sex hurt with my Cerebral Palsy?”

My boyfriend and I have been together for a while now, and it’s time for us to go the next step and have sex. I have cerebral palsy, affecting my arms and legs, and I’m terrified that I don’t know what to do, whether it will hurt, and whether it’ll be good for both of us.  Do you have any advice for me please?

Thanks so much for writing in.  This is something that is a real worry for many people, and it was for me, too! I also have CP, so can hopefully give you some good advice.  Firstly, it’s great that you and your boyfriend are in a stable relationship and are ready to move to the next stage, but my first bit of advice is that you should talk about what’s going to be your first time.  It shouldn’t be the elephant in the room!! Hopefully chatting about sex and knowing that your boyfriend loves you and won’t ever intend to hurt you or make you feel uncomfortable should put you at ease.  Is your boyfriend disabled too, or able-bodied? Is this also going to be his first time? This will obviously affect how you talk about certain positions and the logisitics of ‘doing it’.  In terms of ‘knowing what to do’, talking frankly to family members really helped me.  I was really honest with my sister, mum and auntie, and spoke to them about my worries.  They all told me about positions and movements that they thought would be the easiest and least painful for me, but to be honest, you and your fella should be comfortable enough with each other to talk through everything and willing to change positions at any moment if they aren’t working out for you.  Communication is the key.  The first time probsbly won’t be red hot fireball passionate sex, but that will come once you’ve found your ‘rhythm’. In terms of pain, the more you relax and communicate, the less it will hurt.  If it does hurt, it’s simple: stop, talk, and try something different.  The worst thing you can do is keep going in the hopes it’ll get better!  If you’re confident and comfortable going into it, I’m sure it’ll be really great for you both.  If it isn’t, you can always try something new next time! Good Luck 🙂 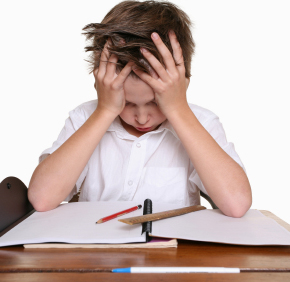 I have previously written a blog about a culture of low expectation and my experiences as a parent with my son Terry (names have been changed) who is profoundly deaf. Within the blog I mentioned that I was fighting for my son to go to a specialist school. Well, the tribunal date has been and gone so I wanted let you know what happened.

Firstly the process took a long time. In our case it took 15 long stressed filled months. Our journey started at Terry’s annual review when we expressed our desire for him to attend a residential school with an oral approach. We were asked if we wanted it to be taken to panel (a group of people from the local authority who make decisions) who would decide if the LA would pay to send him there. When we stated that we did we had to wait until August when we received a letter to state that the LA had decided that it was an unsatisfactory use of public funds and that they had reservations about sending an eight year old to a residential school. Our appeal process formally started in December and it took a few months before we were given the date for the tribunal in June. In the meantime we were not simply waiting for the date but with support from the National Deaf Children’s Society gathering evidence to support our case.

To say I was anxious on the day of the tribunal was an understatement. Myself and my husband as well as representatives from the school I wished my son to attend were present, as were the Special Educational Needs officer, the manager for the Hearing Impairment outreach provision and the local Speech and Language Therapist who represented the Local Authority. The panel was made up of three people who had to decide the fate of my son. I made sure that I put a photograph of Terry on the desk in front of us as I didn’t want him to be a faceless name. The day was incredibly stressful. It required a lot of biting my tongue as I was made to feel that the needs of my son were not central to the case the Local Authority was making. My opinion is that they were more focused on their budget. This is an opinion shared by many other parents. In the end the Local Authority had to concede the case as they were unable to state exactly when they were able to provide Terry with a qualified Teacher of the Deaf. To say we were ecstatic was an understatement.

My husband and I hugged and kissed there and then, it was just an overwhelming sense of relief. Now reflecting upon the tribunal process I am angry. The impact that it had on us as a family was huge. I was so stressed and therefore at times snappy, of course this affected us all. I was not surprised to discover that during a Special Education Needs and Tribunal Survey conducted in 2013 by the forum Kids First that some parents give up because they cannot cope with the stress. I feel that the process actually encourages the school and the local authority to be dishonest.

There are numerous examples I can give where this has happened. One example is the week of the tribunal when producing a timetable the school changed Terry’s and inserted lots of 1:1 support sessions. This has never happened before.

I would like to say to other parents who are going to tribunal to make sure that they seek independent assessments as these are invaluable. Also go and seek advice from charities, there are lots out there who will support you and put you on the right path. Finally if you are able to accept that the process is not about your child as an individual but about costs then this would make it easier for you. This was something that I wasn’t able to do as the impact that this decision would have on my son is literally life changing for him. 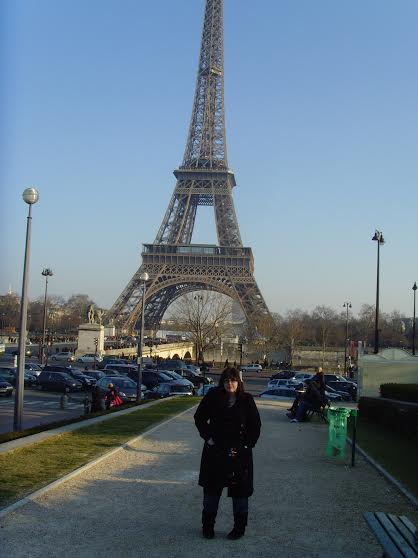 13 Things to Consider when going on Holiday with a Disability

I can’t even begin to tell you how many people have asked me whether I’m going on holiday this year. ‘Going anywhere nice?’ ‘Where you off this year?’ ‘You deserve a holiday.’

But I’m not going anywhere, I’m staying put. I will however be having a lovely three week stay in hospital in August, does that count as ‘somewhere nice?’ I think not.

I find booking a holiday exhausting; as a disabled person there are so many things to contemplate before even picking a destination.

If you are going on holiday, take lots of pics, make lovely memories and have fun!